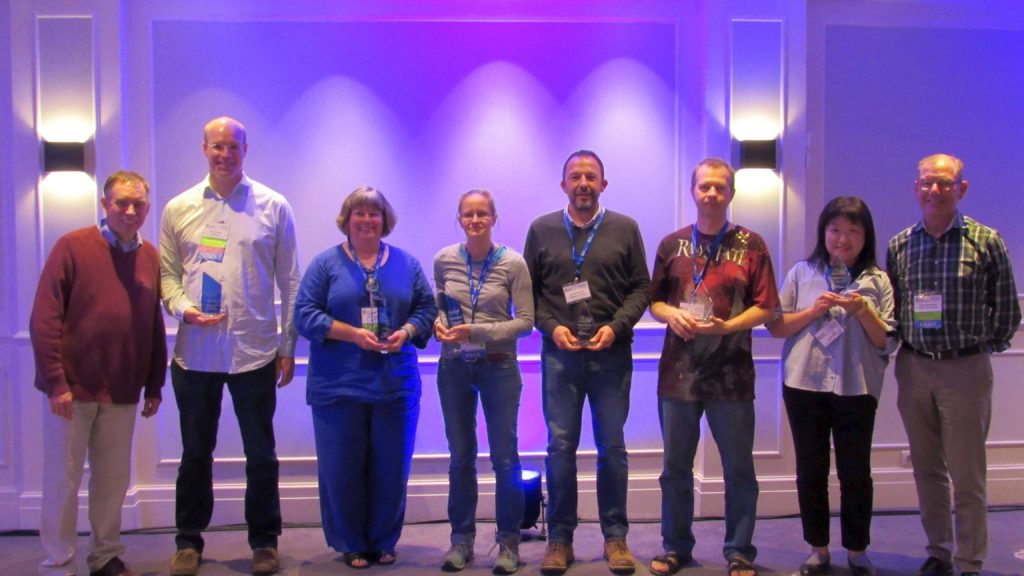 Amy Nelson is an Engineering Technologist, CISSP, and Distinguished Member of the Technical Staff for Dell, Inc. Amy represents Dell within the Trusted Computing Group, chairing the PC Client Work Group and the Security Evaluation Work Group. Amy is a Security Architect for Dell, responsible for SDLC and Certification work for the Data Security Solutions organization. In previous roles, Amy had responsibility for Trusted Platform Module (TPM), encryption hardware, including Dell Data Protection | Hardware Crypto Accelerator, and authentication hardware and software. Amy has participated in assurance activities within FIPS 140-2 and FIPS 201 and Common Criteria, serving as an editor for the TCG PC Client Specific Protection Profile for TPM 2.0, chairing working groups performing reviews of TCG specifications for FIPS and CC compliance issues, and presently serving as a Subject Matter Expert in the International Technical Community for the Collaborative Protection Profile for Full Disk Encryption. Amy has 24 years of experience in the PC industry and a B.S. in Electrical Engineering from Texas Tech University.

Carolin started her career at Swisscom’s innovation department developing new security products for Swisscom’s residential customers. After 7 years in telecommunications security, she moved into e-commerce, first with siroop and now with Interdiscount/Microspot, where she serves as Head of Information Security. Carolin got first in touch with TPMs during her PhD at the university of Fribourg in 2009 where she developed an authentication method for public wireless networks based on TPMs. She has since been working on Infrastructure topics, currently also chairing that working group. She also implemented TCG technologies in the Swisscom cloud.

Mr. Rob Spiger is a Principal Security Strategist at Microsoft on the Digital Diplomacy team inside the Customer Security and Trust organization. Previously Rob was a Senior Program Manager at Microsoft, responsible for technical program management of Windows security features as a part of the Security and Identity Team in the Windows Division. Rob is an industry security expert with in-depth understanding of the trusted computing technology and standard development. He has participated for over a decade in the Trusted Computing Group, a global standards organization. He enjoys collaboration with global technologists from industry, government and academic institutions who are devoted to advancing security technology research and innovation. Rob’s substantial industry experience also include his contributions at Avanade, Advanced Technical Resources, and Lockheed Martin. He has degrees in Computer Science with Honors and Electrical Engineering from the University of Washington.

Thomas Bowen is a Storage Security Architect at Intel with 8 years of storage security experience and 3 years of participation within the TCG Storage Workgroup. Thomas has made significant contributions to the TCG Storage Workgroup including Opal interactions with the NVM Express* storage interface, the Pyrite v2.00 and Ruby v1.00 SSC specifications, and the Opal SSC Test Cases v2.01 specification. Thomas received his B.S. in Computer Science from the New Mexico Institute of Mining and Technology.
*Other names and brands may be claimed as the property of others.

Born in a Russian (then Soviet Union) city Ivanovo in 1973. Fell in love with programming while at school in late 80s, and since then have always been writing some code. Graduated from the Ivanovo State Chemistry and Technology University at 1995 (yes, my majors were Organic Synthesis and Physical Chemistry), where during my post-graduate work I wrote my first serious software – numerical libraries in C++ for linear algebra, nonlinear optimization and differential equation solvers and based on them multithreaded package for experimental data processing. Started my professional software engineering career in 2000 in a Russian startup SpecLab, where I had ample opportunity to delve into the most varied software development areas ranging from advanced GUI design, to system internals, distributed applications design and video/audio processing. In 2004 joined Intel Corporation, where worked for 8 years mostly on scalable shared memory parallelism (Intel Threading Tools, Threading Building Blocks library, OpenMP runtime). Currently – Principal Software Engineer in Microsoft Research, based in Redmond, where I’ve been working since 2011 on foundational cyber-security technologies, such as TPM, DICE, RIoT and RTRes.

Working more than 12 years for the secure microcontroller productsat STMicroelectornics Japan. With my former background for secure product (application software development of a biometric system products, development a part of TCPA driver, and biometric sensor and its authentication system support, etc), TPM is one of the main focus, as well as other embedded secure elements for the wide range consumer and governmental market. Joined TCG JRF WG from the start, and had collaborate with many team member for the promotion activity inside and outside TCG meeting.

Xavier is a software engineer and project manager working in STMicroelectronics’ Secure Microcontroller Division, based in Rennes, France. His career began with a 6-year period in software engineering on mobile phones in Philips. He then moved to Acterna to implement software parts of an Artificial Intelligence application based on expert systems, targeting help to debug ADSL connection. Later, he transitioned to Teleca, a European Information Technology and Services company, where he built a Philips-dedicated department handling several projects. Still in the mobile phones area, he worked on GPS system integration projects in Motorola. He then spent 4 years at ST-Ericsson as software project manager for several mobile phone chips and reference designs. In 2013, Xavier left mobile phones world to focus on secure microcontrollers where his current responsibilities include TPM embedded software development and team/project leading, as well as contributing to Vehicle Services SubGroup.

Naren is a Technologist working on Enterprise SSD products at Western Digital Corporation. Prior to the acquisition by Western Digital, he led the development of STEC’s first TCG SAS drive, from FW/ASIC/HW development through manufacturing. Naren has been involved in various standards bodies at most points of his 20+ year career as a firmware engineer and a systems engineer. In the past 8 years, he has been working on TCG-related products and TCG specifications at HGST/Western Digital. He has been an active participant of the TCG Storage Work Group (SWG) for the last 4 years, and is one of the main contributors of TCG SWG specifications for NVMe.

Membership in the Trusted Computing Group is your key to participating with fellow industry stakeholders in the quest to develop and promote trusted computing technologies.

Trusted Computing Group announced that its TPM 2.0 (Trusted Platform Module) Library Specification was approved as a formal international standard under ISO/IEC (the International Organization for Standardization and the International Electrotechnical Commission). TCG has 90+ specifications and guidance documents to help build a trusted computing environment.